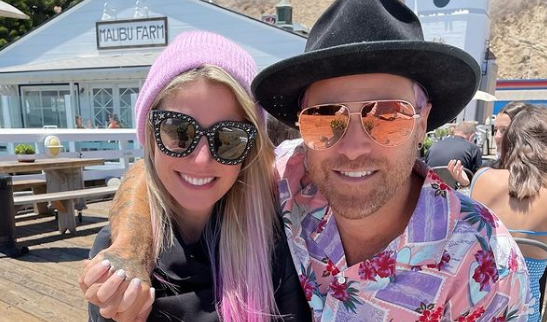 If you’re a popular personality that many people find attractive, then you’re inevitably going to have a ton of folks wondering about your romantic life. People will want to know who you dated and for how long, if you have a type, and, if you are currently dating someone, how serious is it? How did you guys meet? Are there wedding plans in the future? Are you going with a DJ or a live band? Will you cave and play “Perfect” by Ed Sheeran or will you have a modicum of self-respect?

So it’s no surprise that people are interested in Alexa Bliss‘s dating history.

There were also rumors that Alexa Bliss was dating singer Ryan Cabrera. Now, the two are engaged.

If you weren’t sure whether or not to trust the reports online that Alexa Bliss and Ryan Cabrera were official, now’s the time to believe them as the Superstar and the artist are officially an item.

They’ve been pretty public with social media posts featuring them getting all cozy and snuggling up with each other.

The singer even posted a video of him proposing to Alexa as someone recorded the encounter. The comments section was filled with well wishes for the couple and people who were obviously salty that she was officially “taken” as she said yes.

Others mentioned that Ryan is an admitted cheater, something he discussed in this Hollywood Life article. He’s also maintained that he’s stayed friends with all of his exes. He used to date Ashlee Simpson and reality TV personality Audrina Patridge.

Their wedding date hasn’t been revealed and they’ll probably do their best to keep that under wraps so throngs of people don’t pull any at-the-altar shenanigans and profess their love for the Superstar. Which would be totally awesome if it was part of kayfabe and then Bray Wyatt comes out and Sister Abigails everyone who’s causing a ruckus. Maybe then it might be as good as this pro-wrestling wedding.