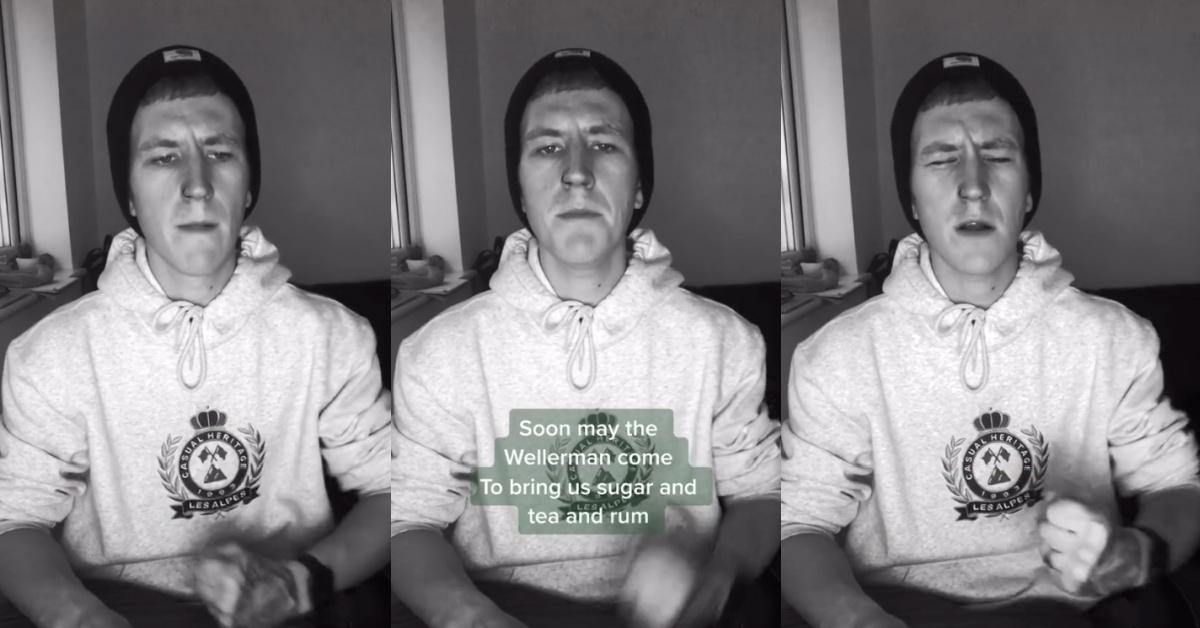 This sea shanties trend, though? We are all about that one. Chances are you’ve heard some of the sea shanties that have been making their way around the app — you may even have briefly considered quitting your job and becoming the captain of a ship! The most popular shanty making the rounds is “Soon May the Wellerman Come,” which has led plenty of people to wonder: What the heck is a Wellerman, anyway?

TikTok’s most popular sea shanty is all about something called a ‘Wellerman’ — what is that?

Obviously, nautical life comes with its own special vocabulary. “Port,” “starboard,” “prow,” “bosun” — you’ve seen Below Deck, you get it. You’d definitely be forgiven for thinking that “Wellerman” is another nautical vocab word. It kind of is!

In “Soon May the Wellerman Come,” “Wellerman” refers to a supply ship from the Weller Bros., who founded a substantial whaling station in New Zealand. When a Wellerman went out to meet a whaling ship, it meant that the sailors would be given new supplies (like the “sugar and tea and rum” in the song). Obviously, that’s something the sailors would look forward to — and that’s why we have a song about it.

You might also be wondering what the “tonguin’” is in the song. That’s a reference to the job of harvesting parts from the body of the whale, including — yep — the tongue. No wonder they were looking forward to drinking some tea. And rum.

Sea shanties are definitely taking over TikTok these days.

While “Wellerman” is definitely the most popular sea shanty on TikTok these days, it’s not the only one. There’s a whole corner of TikTok that’s now known as ShantyTok, featuring rousing songs and tight harmonies that will make just about anyone want to head out for the open sea. Which, given the nature of sea shanties, makes perfect sense.

Historically, sea shanties weren’t just fun and catchy songs — they were used to help sailors keep time when performing physical labor together, making the job go smoother. By their very nature, sea shanties are meant to bring people into a group and provide a sense of community (even it’s just to, you know, hoist a whale carcass onto the deck of the ship).

Today, people on ShantyTok are establishing their own community by singing along to shanties and adding their own harmonies. It’s basically all the best parts of whaling life with none of the whale guts!

Some people have even started singing other popular songs in the style of shanties, which has led to some of the most delightfully bizarre videos we’ve seen on the app. We’re not complaining, though! Sea shanties have taken over TikTok, and we are 100 percent here for it.