Slav Cat refers to a viral image of a cat’s head photoshopped onto an Adidas tracksuit, associated with the Slav / Russian national stereotype. The image has been used in image macros and other memes since December 2018. In July 2020, a similar photoshop of Cheems was created. The photoshop, referred to as Slav Cheems and, erroneously, as Slav Doge, gained significant popularity on Reddit in November that year.

The exact origin of the cat photoshop or its components is currently unknown. The image (shown below, left), which depicts a head of a red cat photoshopped onto a cartoon drawing of an Adidas tracksuit, was first posted prior to November 16th, 2018. On November 16th, iFunny user Jungle_cat made the earliest found repost of the cropped image, captioning it “Minecraft slav cat.”

Starting in late 2018, the image gained popularity in memes, beings used as an image macro and an exploitable. For example, on December 9th, 2018, Imgur user DragonLizardKong reposted the earliest macro based on the image (author unknown, shown below, left). On February 1st, 2019, an unknown Redditor posted a deep-fried You Have Been Visited By meme based on the image, gaining over 360 upvotes in six months (shown below, right).

Prior to April 10th, 2019, an unknown user posted a parody Snap captioned “They praying on my downfall,” with the cat photoshopped onto a skateboard. The meme received viral spread online, with viral reposts on iFunny and Instagram.

On June 27th, 2020, the Instagram account for shiba inu dog Balltzee, known online as Cheems, posted more a collection of old photographs of the dog, including a photograph of Cheems looking at the camera (shown below, left). On June 28th, 2020, Instagram user cheemsitz started using a slightly edited version of the photograph as an exploitable. On July 18th, cheemsitz posted a meme combining the photograph and the image of Slav Cat riding a skateboard. The post (shown below, right) received over 24,000 likes in five months.

In the following months, the image received viral spread online, particularly on Facebook, where a cropped version of the photoshop (shown below, left) was actively circulated in reaction memes starting in September, particularly among Arabic-speaking users. On November 12th, 2020, Redditor Anurag2199 posted the earliest found viral English meme using the photoshop as a reaction image (shown below, right), with the post gaining over 44,600 upvotes in /r/dankmemes in five days.

Starting on that day, the image became viral on Reddit, with multiple users posting memes based on it. 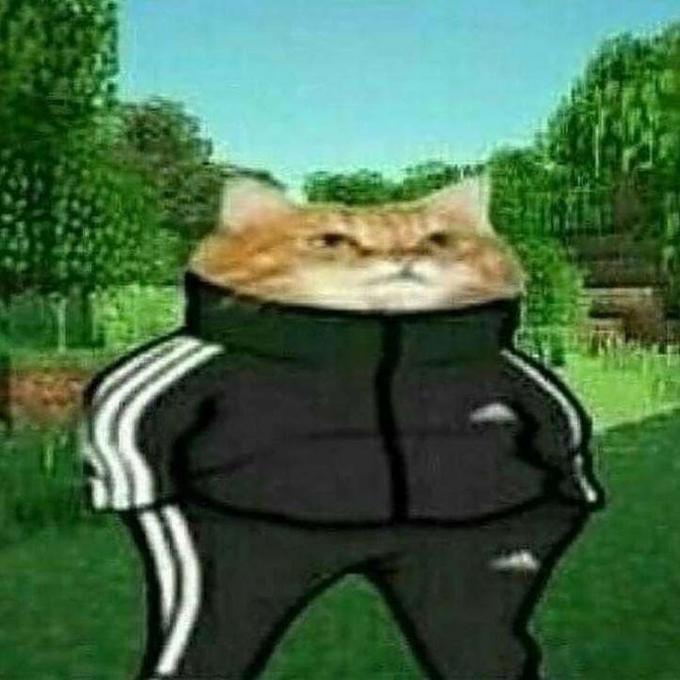