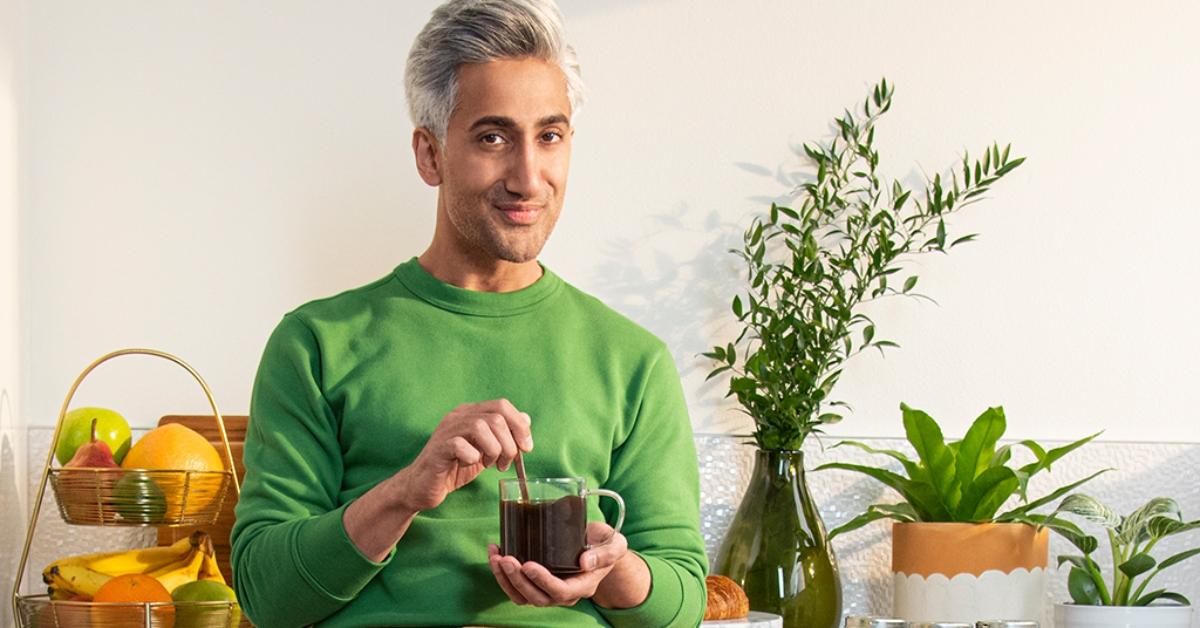 Our resident fashionista is gearing up to become a dad!

Tan France and his husband Rob announced in April that they are expecting their first child together via surrogacy. With their little bundle of joy arriving this summer, the Queer Eye star dished exclusively to Distractify on how his routine will change as well as the one thing he’s not “sacrificing” after becoming a father.

Tan, who partnered with Starbucks for their Stir It Up campaign, told Distractify that the new Starbucks Premium Instant coffee has changed his routine because it only takes one minute to prepare. “It gets me back many minutes, so now I have a few minutes to dance around to Bollywood music when I’m getting ready which is always nice,” he told us.

And the 37-year-old is hoping that his routine won’t change “too much” once his baby boy arrives.

‘Queer Eye’ star Tan France reveals what he doesn’t want to “sacrifice” when the baby arrives.

“I have a feeling that it’s going to be more hectic, just much more hectic,” Tan told Distractify when asked about how his routine will change post-baby. However, the Netflix star is hoping that many parts of his routine will remain the same, like having his morning coffee, noting he and his husband are “in it together.”

“I have his support 100 percent,” he said. “So, I’m hoping it won’t change too much. Fingers crossed. I just want to be able to feel like myself.”

One major part of his routine that he doesn’t want to give up? Being clean. “I’ll fully embrace my baby and fatherhood but I don’t want to have to sacrifice being clean,” he said. “I want to shower, for goodness’ sake.”

While Tan is aware that his life will become a little more hectic once he becomes a first-time dad, he feels prepared for the new role.

“I am an incredibly organized person, so I’m getting everything ready for when we have him,” he explained. Plus, the UK native has a lot of experience with kids, telling Distractify that he comes from a “large family” and his siblings have “so many kids.”

“I’ve changed diapers before. I’ve cleaned up puke before. … I’ve slept the whole night through with a baby crying by my side. I’m actually pretty prepared,” he revealed. “I don’t feel a major need to read [baby books] because I feel well-equipped.”

Additionally, Tan’s husband previously worked as a pediatric nurse in the neonatal intensive care unit (NICU). “So if he doesn’t know how to raise a baby, there’s a problem,” he said, adding, “He’s gonna be great.”