In operation from 1829 to 1971, Eastern State Penitentiary in North Philadelphia hosted thousands of prisoners. Untold human suffering occurred inside these gloomy grey walls. Starting in the 1940s and escalating after its closure, the prison is the site of countless reports of paranormal activity. Is it haunted by the ghosts of inmates who spent the final years of their lives in agony?

1. When the prison was completed in 1829, it was the largest building in the United States. 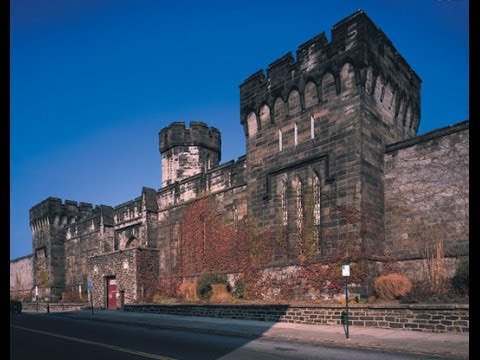 2. Due to multiple reports of paranormal activity, Eastern State is considered one of the most haunted places in the world.

3. There have been several accounts of hearing someone crying in extreme pain as if they’re being tortured.

5. Many say they’ve heard the disembodied sounds of someone walking through the prison’s halls.

6. Visitors have often alleged they’ve heard someone calling them by their name and then vanishing.

7. Others distinctly recall feeling someone tapping them on the shoulder, but when they would turn around, no one was there. 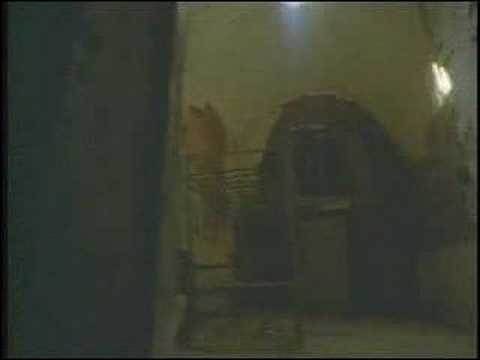 9. On the third floor of one cell block, numerous visitors say they’ve heard the sound of cell doors suddenly opening and then slamming shut.

11. Many workers at the penitentiary have allegedly quit with no notice, running in fear from some strange sinister force.

12. There have been multiple reports of people hearing the sound of furniture being dragged across the floors.

13. Others have heard stones or other large objects rolling on the roof.

14. There have been several accounts of people hearing the sounds of babies screaming inside Cell Block 7.

15. Many people claim to have fallen sick while visiting the penitentiary.

16. Hundreds of people say they have seen ghosts inside Eastern State.

17. Numerous visitors claim to have seen something resembling a “shimmering blob” that suddenly appears and then fades just as suddenly.

18. Others say they’ve seen a guard tower materialize at night, helmed by a mysterious figure.

19. While the prison was operating, there were over 50 suicides and a dozen murders within its walls.

20. Eastern State, now a museum and visitor’s destination, hosts a multimedia presentation called “Terror Behind the Walls, featuring props and sets and over 200 performers designed to conjure the terror that so many visitors have experienced.

21. Two six-foot-tall stone gargoyles flank the prison entrance, snarling at all who dare to enter its gates.

22. Eastern State became a National Historic Landmark in 1965. It finally closed in 1971 and was reopened as a tourist destination in the 1990s.

23. Notorious Chicago gangster Al Capone stayed at Eastern State in 1929. As the rumor goes, the haunted prison saw him “transformed into a weeping and terrified mess who would send out bloodcurdling screams at night, shouting for ‘Jimmy’ to ‘leave him alone.’

24. Former East State locksmith Gary Johnson, who calls the penitentiary a “giant haunted house,” says that one day when he was assigned to remove a lock in Cell Block 4, “I had this feeling that I was being watched, real intensely. I turned and I’m looking down the block and I know there’s nobody there. A couple of seconds later and I get the same feeling, I’m really being watched. I turn around and I look down the block and I don’t see anything and as I start to turn down the block, this black shadow just leapt across the block.” Johnson also claimed that he saw the faces of tortured souls suddenly appeal on cell walls.

25. After British novelist Charles Dickens visited the penitentiary in 1842, he wrote: “I am persuaded that those who designed this system… do not know what it is they are doing… I hold the slow and daily tampering with the mysteries of the brain to be immeasurably worse than any torture of the body.”

26. In 1942, Pennsylvania Governor Gifford Pinchot, whose cat had allegedly been killed by a dog named Pep, sentenced the dog to life imprisonment at Eastern State. The dog even had a mug shot taken and a prisoner number assigned.

28. Prison reformers envisioned Eastern State as an alternative to crowded, dangerous prisons where rape and abuse was rampant. Instead, by confining prisoners to their own cells, they were to spend time reflecting on their crimes and feel remorse. It was a place to do penance—and thus the world’s first “penitentiary.”

29. Despite the fact that the “penitentiary” was ostensibly designed to be a humane alternative to crowded prisons, inmates were routinely tortured: Some had their tongues chained to their wrists so that if they struggled, their tongues would be ripped out. Others were dunked in freezing water during the winter months and then placed outside until ice formed on their skin. Disobedient prisoners were strapped to a leather chair, sometimes for days. For serious infractions, prisoners would be banished into a torture pit known as “The Hole,” which was underground and completely devoid of a light. In The Hole, you had no human contact and very little food for weeks.

30. Eastern State Penitentiary has been featured on TV shows such as Ghost Hunters, Ghost Adventures, Cold Case, Most Haunted Live!, Transformers: Revenge of the Fallen, and MTV’s Fear. 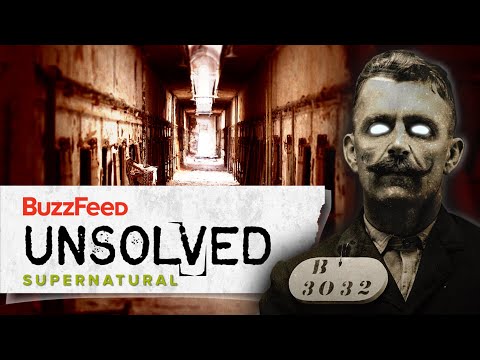