Using the scene as a two-panel image macro meme began during the mid-2010s. In these memes, people will either add another panel that features a different object for Bilbo to keep or they replace the ring with an image of a different object. For example, on May 15th, 2014, Imgur user David43 posted a three-panel image that includes a picture of a pen and the caption, “This is how I feel at the end of a day on which I used a borrowed pen.” The post received more than 6,700 views and 5,000 upvotes in less than seven years (shown below, left).

The next decade saw continued usage of the format, including several examples that were shared by thousands of people. On April 24th, 2018, Redditor Teegi shared a version about upvotes on Reddit in the /r/lotrmemes subreddit. The post received more than 12,000 points (94% upvoted) in less than three years (shown below, center).

Others used the image a reaction image. The following year, on May 5th, 2019, Twitter user @isawken posted the image with the caption, “6 year old me after finding a cool rock on the ground.” The tweet received more than 13,000 likes and 3,000 retweets in less than two years (shown below, center). 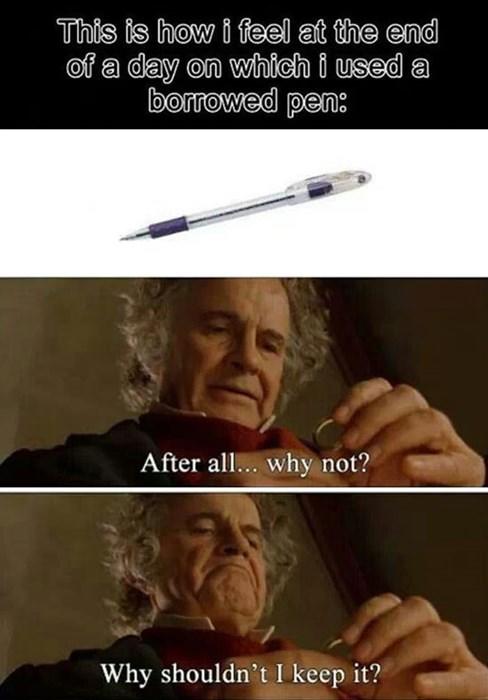 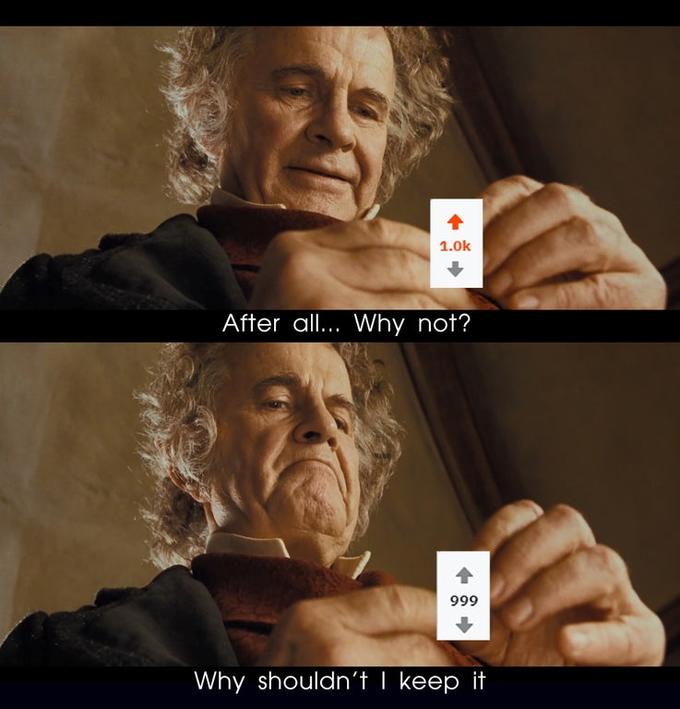 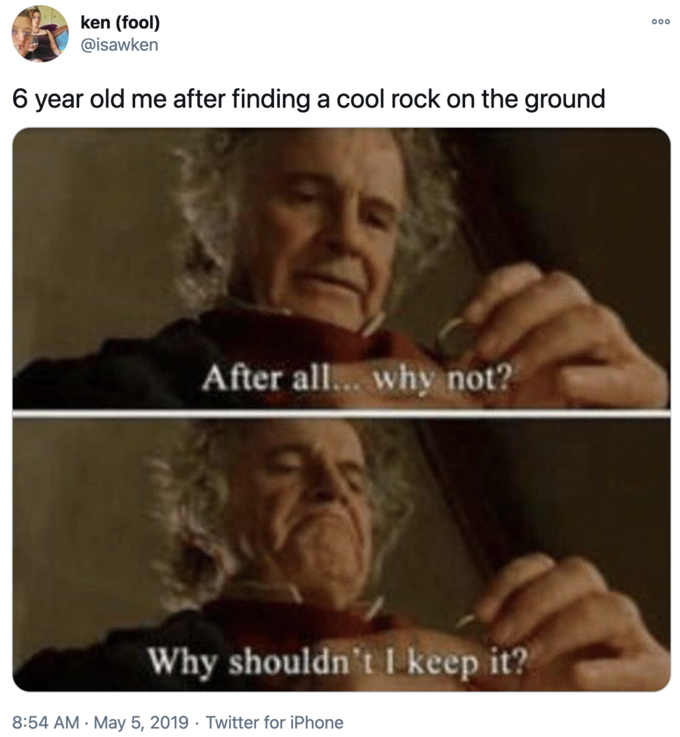 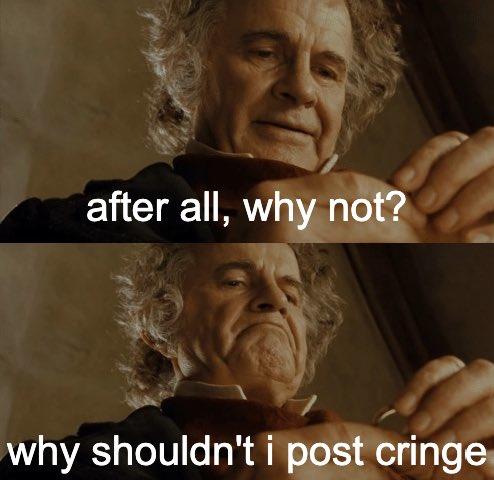 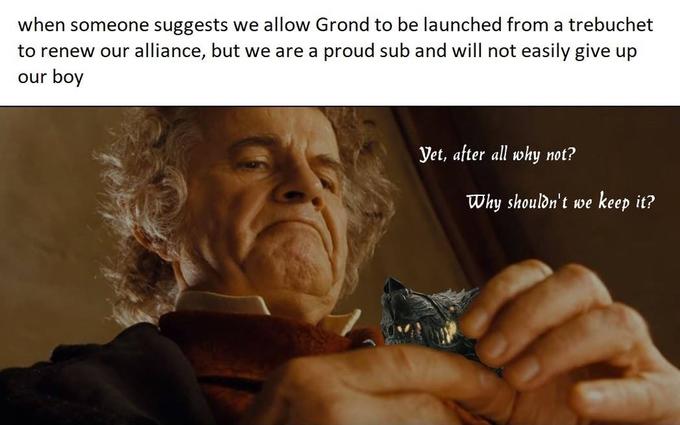 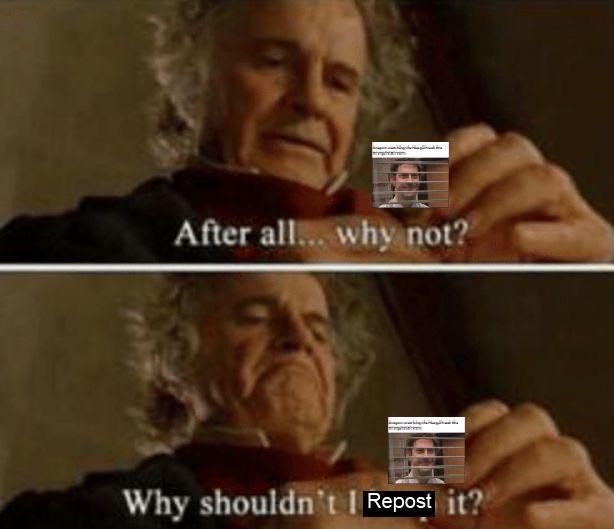 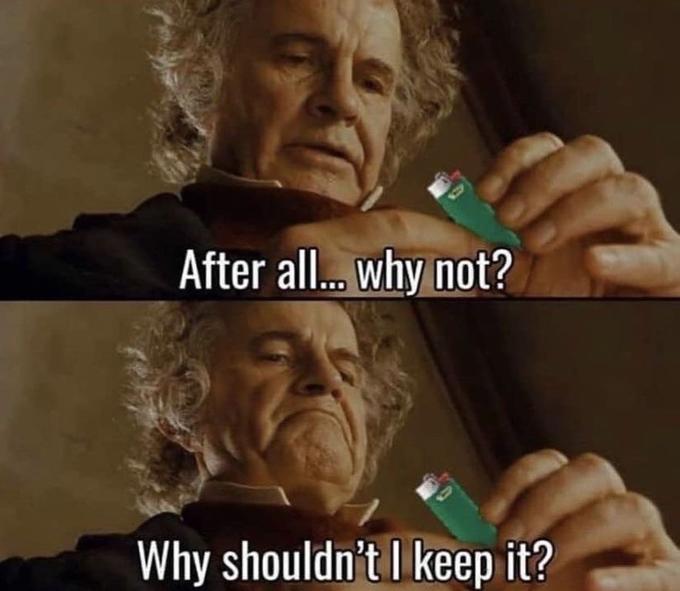 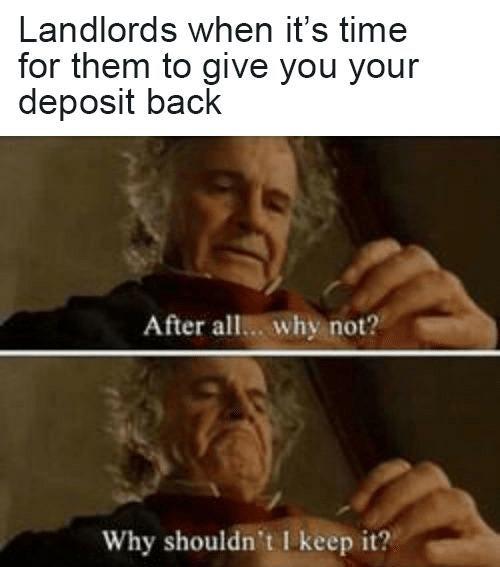 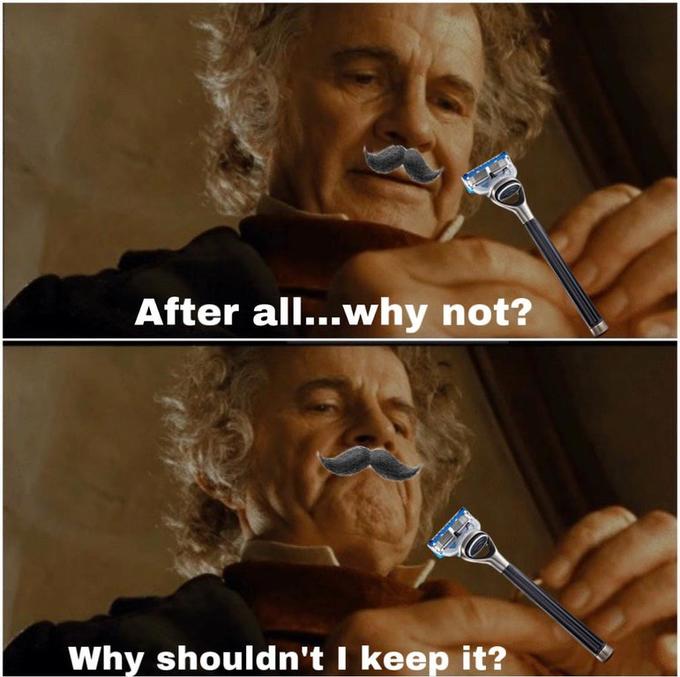 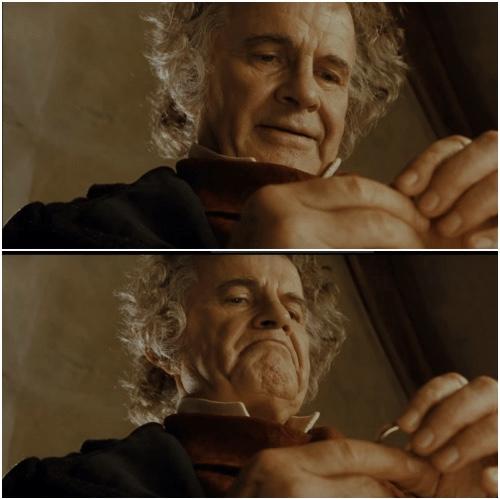