Life in North Korea has been changing within the last few years — there are more private enterprises appearing in the country and the population got mobile phones, along with other benefits of civilization that are common for the rest of the world. However, it’s still too early to speak about significant changes since life outside Pyongyang, where only a part of all of the citizens live, is not much different from the life they had 10-20 years ago.

Bright Side collected some photos taken in North Korea within the last 2 years and offers to see how people in the second decade of the 21st century live there.

An officer is watching people waiting for the military parade dedicated to the Day of the Sun. The event is celebrated on the 15th of April and is dedicated to the birth anniversary of Kim Il-sung. 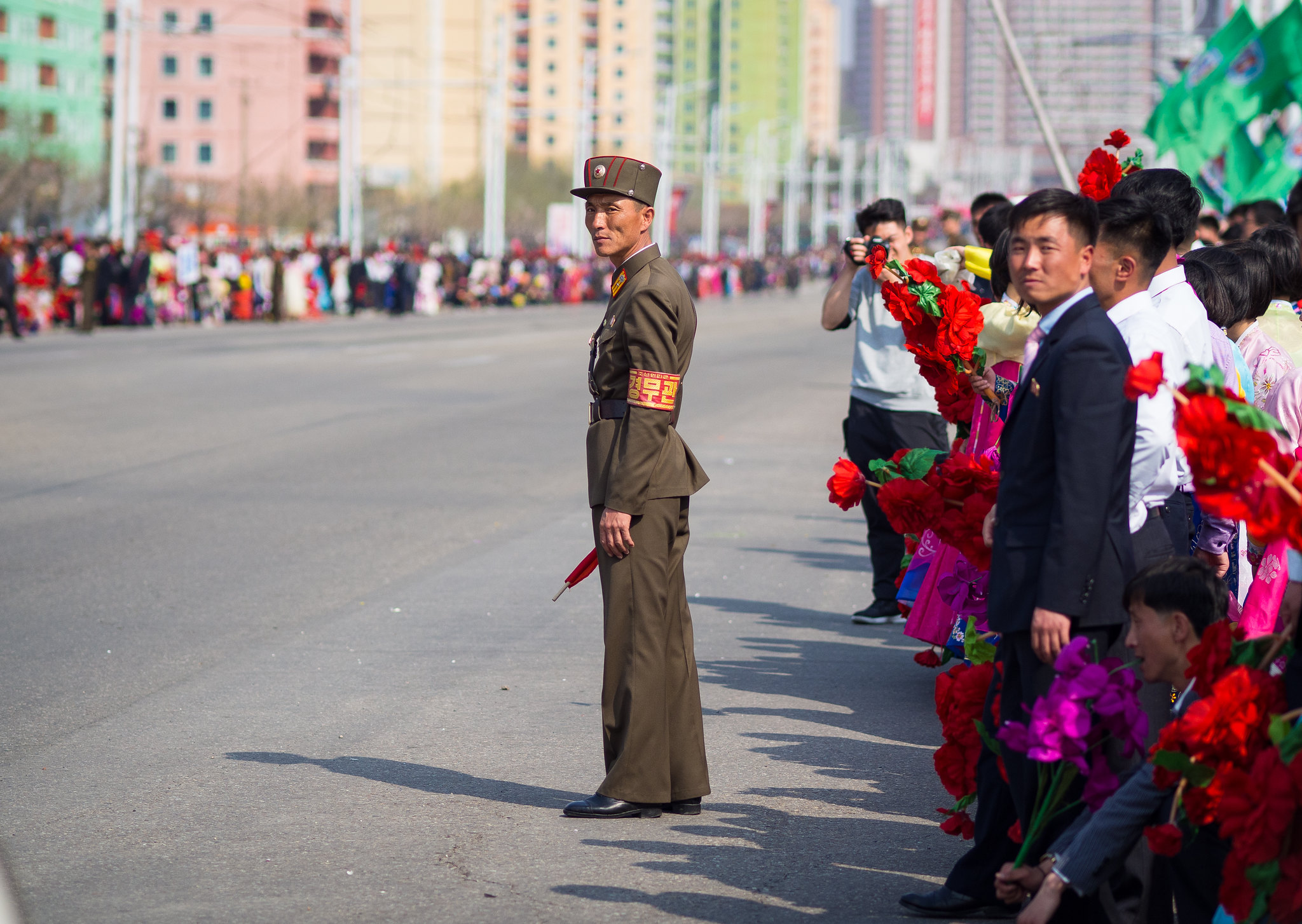 Pyongyang, April 2017. The Tower of the Juche Ideology is located in the center of the city and is one of the most illuminated objects in the whole country.

Family life. A workweek in North Korea lasts for 6 days and Sunday is a day off. Kids, as a rule, live in kindergartens and schools and meet their parents on their day off. 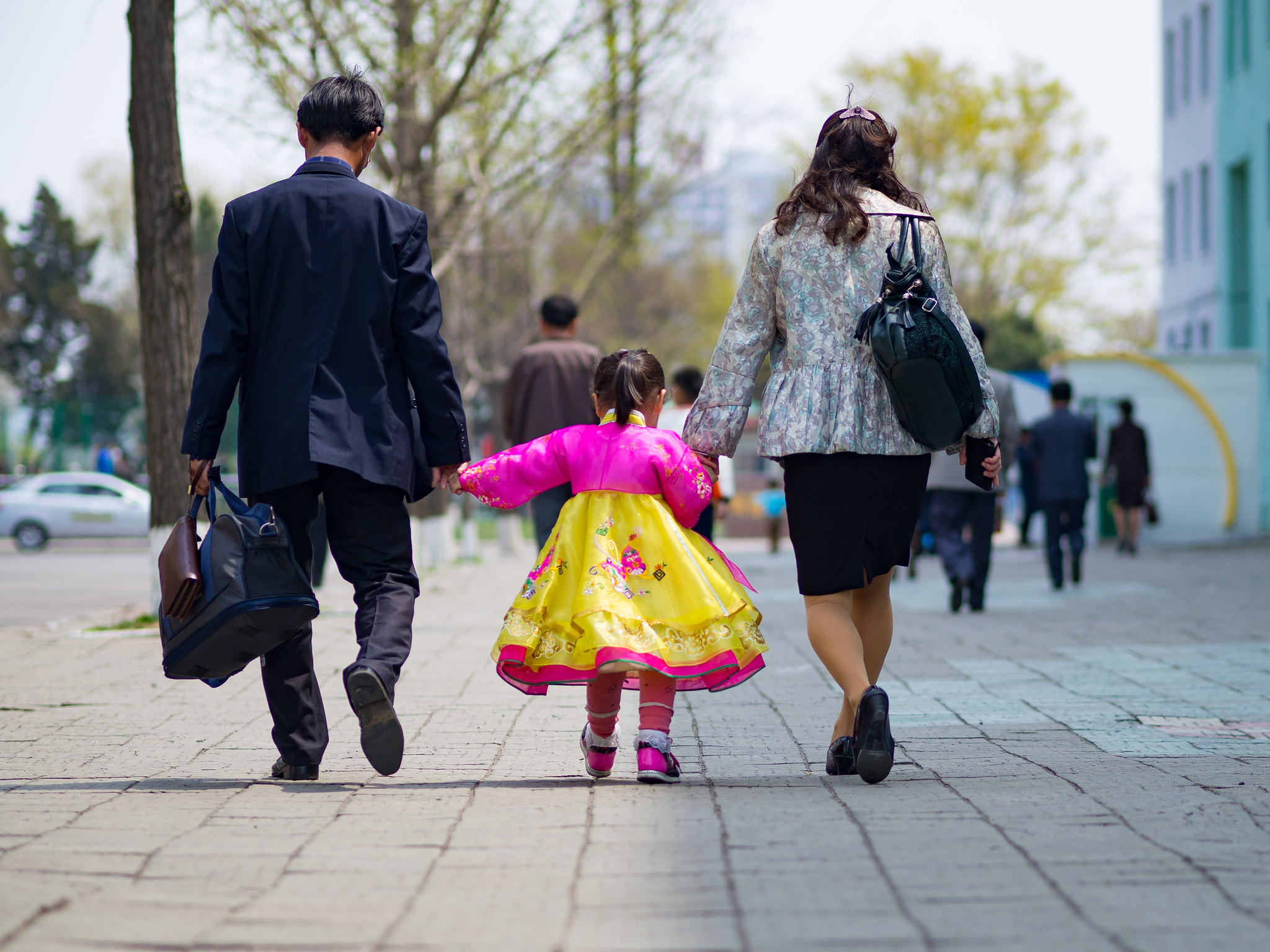 The winner of the marathon that took place in Pyongyang on April 9, 2017. He says that he wants to please the leader of the country Kim Jong-un with his achievements in sports.

The entrance of a zoo in Pyongyang. The interesting thing is that dogs of home breeds are also kept in the zoo. For example, in 2014, Yorkshire terriers were brought there too.

A military parade on April 15, 2017. Despite the fact that the biggest part of the country’s budget is spent on military needs, the shortage of funds is felt even during solemn events. Footwear is given out to girls only for the parade and in order to prevent the shoes from falling off, they are tied with laces.

Women greeting the North Korean leader Kim Jong-un during a military parade, April 15, 2017. Seeing the “Brilliant Comrade” even at a large distance is the dream of almost every resident of North Korea.

Workers at rest. Taken from the bus in the Korean countryside in April 2017. The official guide would disapprove of this kind of photography. 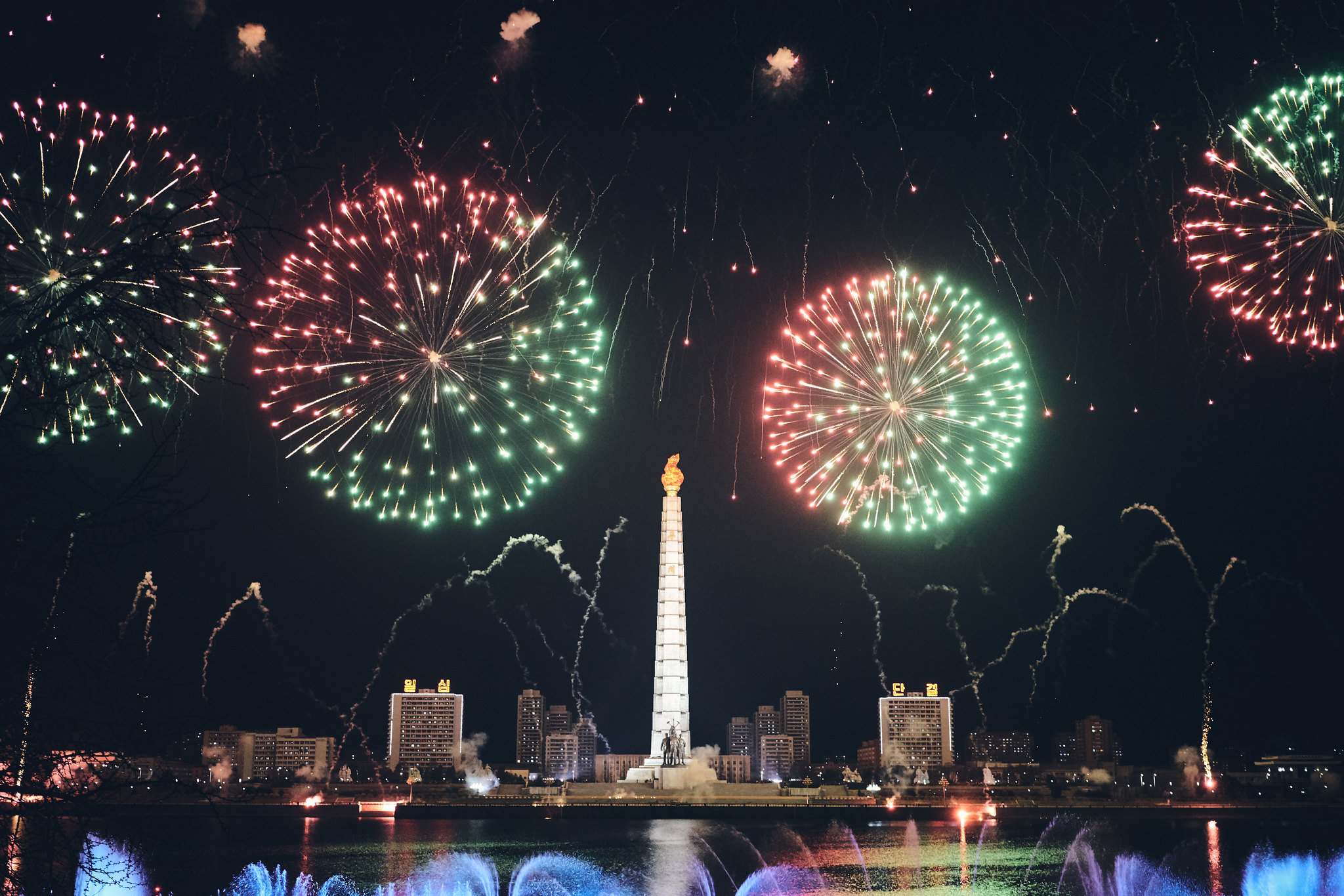 Night in Pyongyang, March 2018. It’s worth noting that the number of cars has increased on the roads of the capital within the previous years.

Schoolchildren at rest, Pyongyang, May 2018 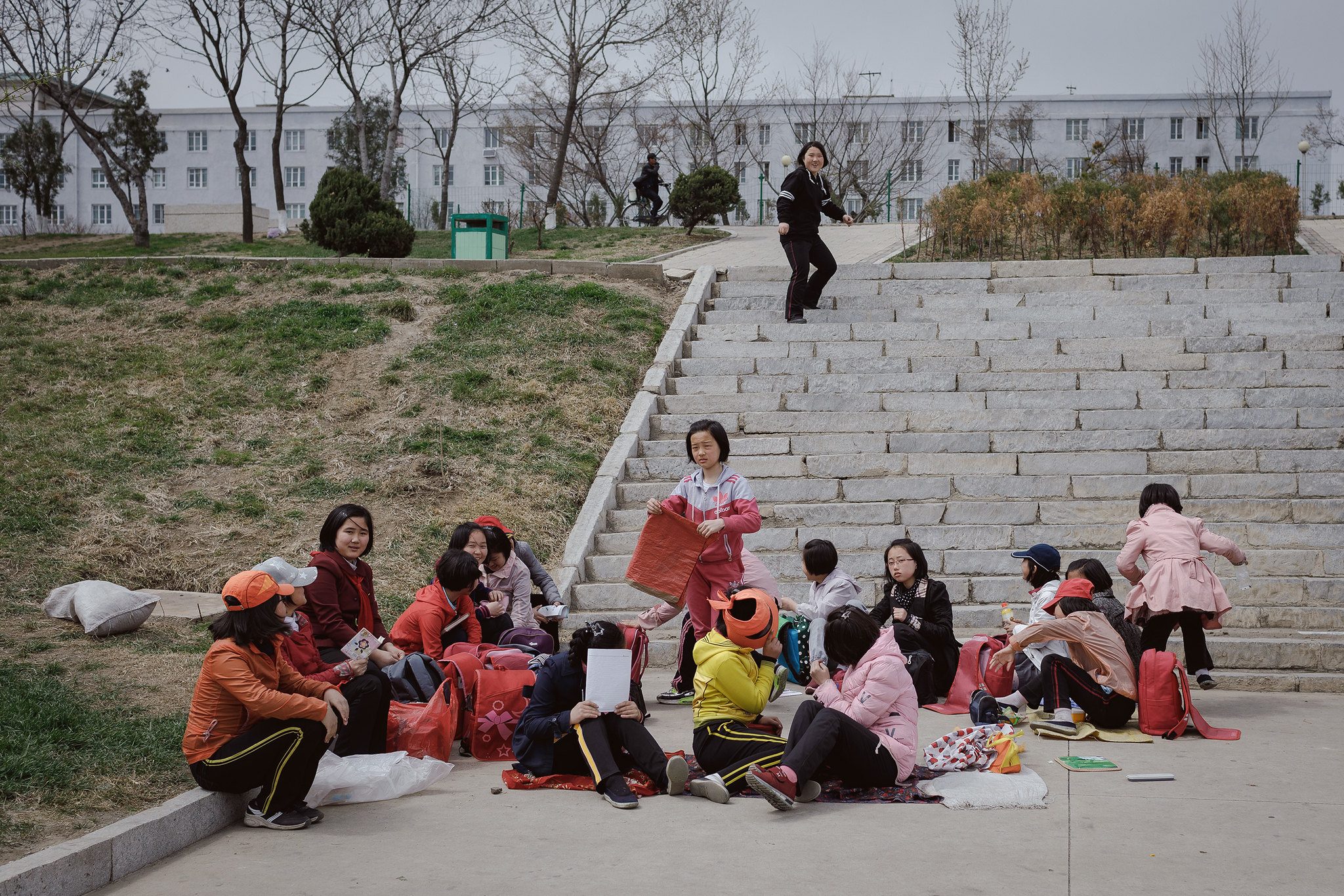 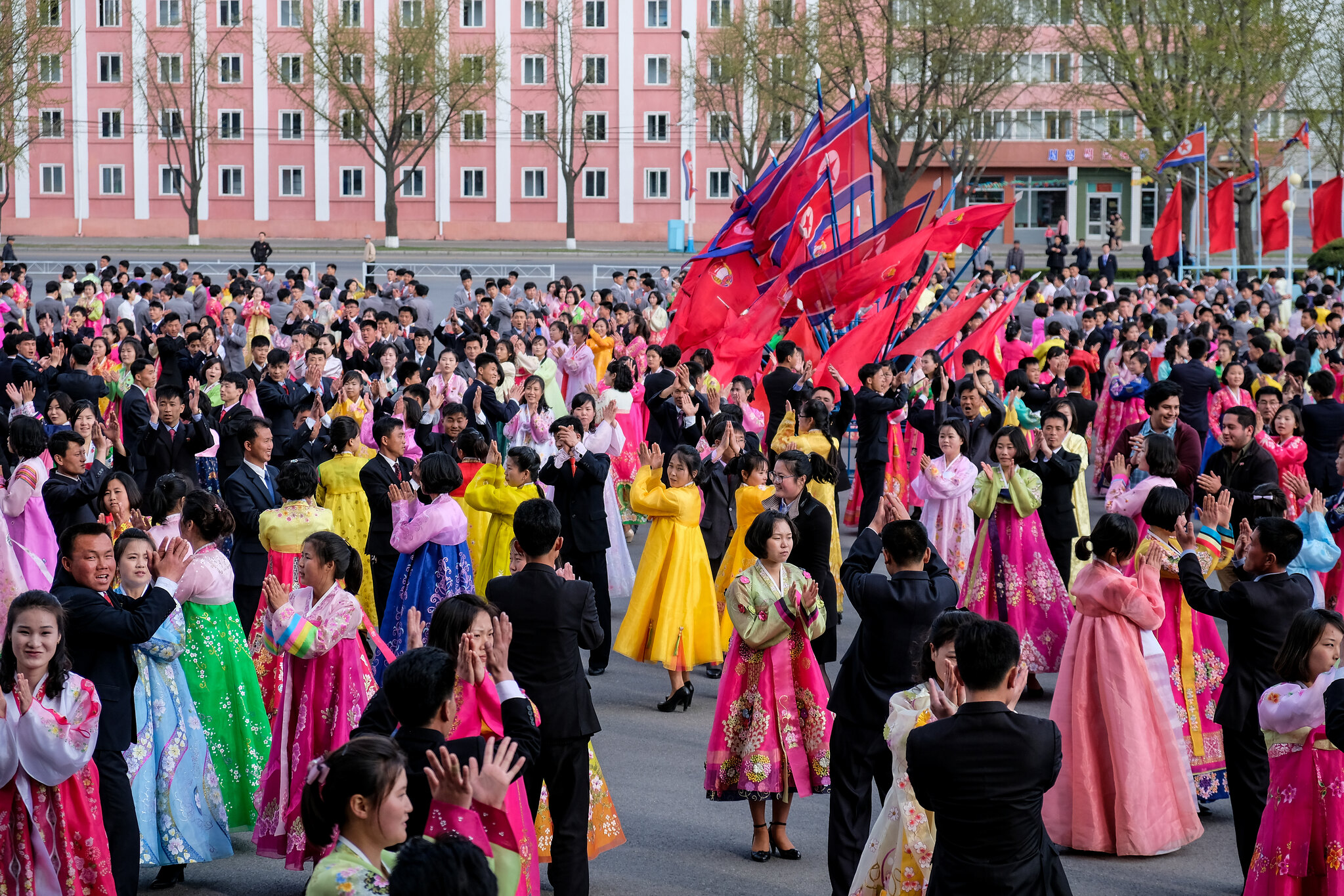 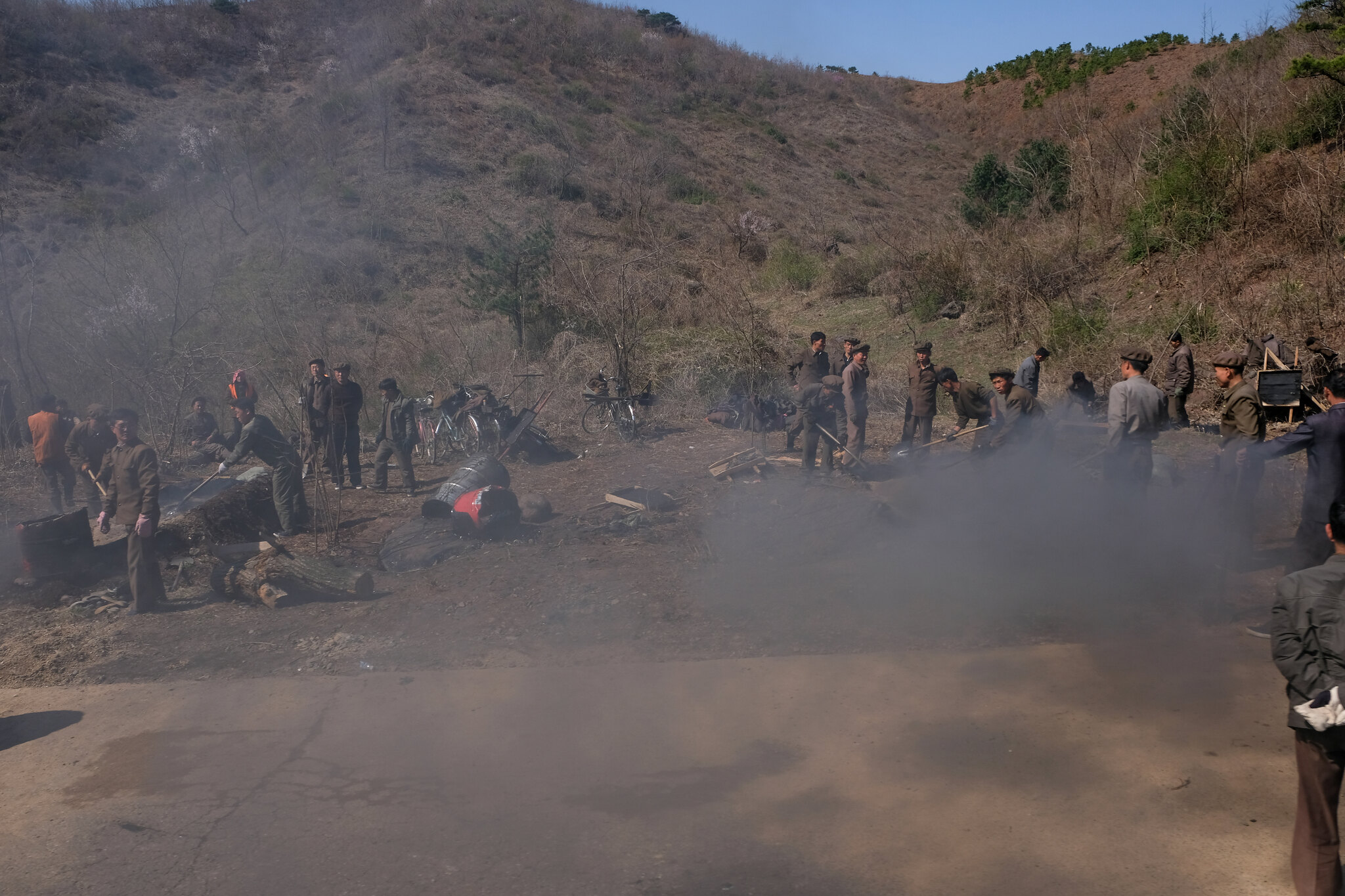 Traffic on one of the central streets of Pyongyang, March 3, 2018. Despite the presence of traffic lights, traffic is controlled by regulating girls.

The residents of Pyongyang are reading newspapers in the metro reporting about the meeting of Kim Jong-un and Donald Trump. By the way, metro wagons were produced in Germany in the middle of the 20th century and bought to North Korea in the 1990s.

Kids of the workers of the silk factory sleep in the nursery opened at the factory.

What do you think about life in North Korea? Please share your opinion with us in the comments!