Skip to content
It’s been just over a week since the Capitol Crusade took place, and in that timespan, President Trump found himself banned from most major social media platforms. Never one to let a good situation go to waste, the internet meme machine quickly started to make memes about his sudden departure ahead of his second impeachment.

Culkin Did His Attempt 8 Days After Twitter Banned Him

Unblock A Man Just to Re-Block Him 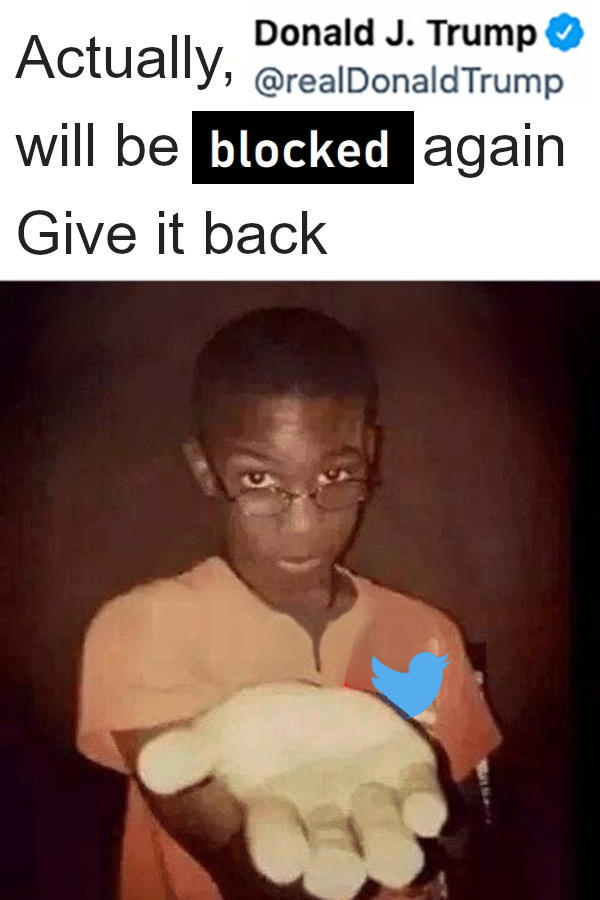