Cicada 3001 has been called “the most elaborate and mysterious puzzle of the internet age.” The Washington Post ranked it as one of the “top 5 eeriest, unsolved mysteries of the internet.” Six years after the elaborate cryptographic puzzle contest first launched, it still seems that no one except the person(s) who started it know(s) what it even meant—if it meant anything at all.

The Facts As We Know Them About Cicada 3001 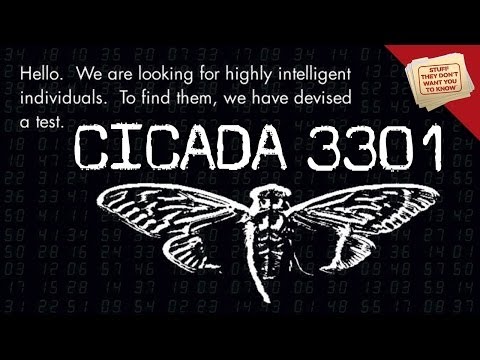 2. Subsequent Cicada 3301 puzzles appeared on January 5, 2013 and January 5, 2014. According to Cicada 3301’s official PGP key, all subsequent alleged puzzles were hoaxes that were not endorsed by the organization.

3. The 2012 “puzzle” was merely a black image with white type. The text read as follows:

Hello. We are looking for highly intelligent individuals. To find them, we have devised a test.

There is a message hidden in this image.

Find it, and it will lead you on the road to us. We look forward to meeting the few that will make it all the way through.

4. It wasn’t until someone opened the image in the text-only editor WordPad that they realized that there was an embedded “Caesar cipher” near the bottom:

5. That garbled message was presumed to be an encryption technique. Someone realized that Tiberius had been the fourth Roman Emperor, so they moved each letter four positions back to reveal an URL.

6. However, clicking that URL lead to a photo of a rubber duck with the following message:

WOOPS just decoys this way. Looks like you can’t guess how to get the message out.

6. Someone surmised that the use of the words “out” and “guess” suggested that the duck image should be run through another text editor named OutGuess. Sure enough, running the image through OutGuess revealed yet another URL.

7. That link led to a subreddit containing Mayan numerals, a mishmash of letters, and two images that were labeled “WELCOME” and “PROBLEMS.” Other clues involved book codes, King Arthur, and the Holy Grail.

8. These clues finally led to a phone number. Those who dialed the phone number received the following message:

Very good. You have done well. There are three prime numbers associated with the original final .jpg image. 3301 is one of them. You will have to find the other two. Multiply all three of these numbers together and add a .com on the end to find the next step. Good luck. Good-bye.

9. Multiplying the pixel dimensions of the first new image on the page yielded yet another URL—one that led to a picture of a cicada on the screen and a countdown that had been set to expire in three days. The new URL also included this message: 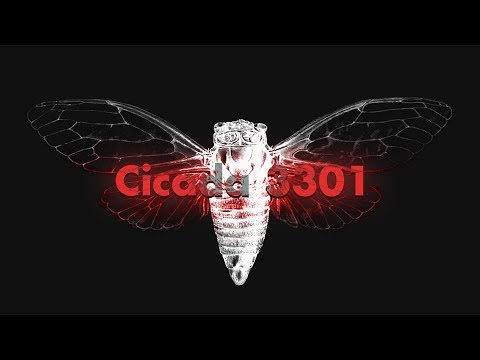 10. At the end of the three-day countdown, the website reloaded to reveal fourteen GPS coordinates across the world in the following locations: Warsaw, Seoul, Paris, Sydney, Hawaii, Miami, New Orleans, and Seattle.

11. During the course of the next week, participants visited the GPS coordinates and in each instance found the same thing: sheets of white paper taped to a streetlight, each one featuring a stenciled image of a cicada and a QR code.

12. The QR codes linked to new URLs which featured lines from the William Gibson poem “Agrippa (A Book of the Dead).” Cryptologists were able to extract a new code—this one a new URL with a “.onion” domain name which must be viewed by the untraceable TOR browser.

13. The Tor link instructed users to open a Hotmail account where they would be sent a new message. The new message was yet another jumble of puzzles and encoded messages.

14. After a month of conducting this insanely complicated worldwide scavenger hunt, the creator(s) of Cicada 3301 left the following message on 4Chan:

We have now found the individuals we sought. Thus our month-long journey ends. You are undoubtedly wondering what it is that we do we are much like a * think tank * in that our primary focus is on researching and developing techniques to aid the ideas we advocate liberty privacy security.

15. That message led to speculation that Cicada 3301 was simply an elaborate recruiting scheme by either a mega-corporation or the CIA to find the brightest minds in decoding. However, no one has come forward to announce being hired by Cicada 3301 as a result.

16. Subsequent Cicada puzzles have led to speculation that the group is part of an esoteric cult. A book called Liber Primus was revealed to be “the sacred book of Cicadianism.” Passage from Liber Primus include:

A Cicadian is someone who has chosen to give up the superficial and unfulfilling world around them to follow the path of the Cicada, and emerge into enlightenment….

Enlightenment to a Cicadian is a state in which we are wholly optimized and present as a portion of the Global Consciousness. To be in this state, we must exercise our minds, our Will, our bodies, and our intelligence.

This doesn’t mean to give ourselves over to something else. Instead it is to become one with our true nature: as a part of the Global Brain.

In the Liber Primus, 3301 left us four sets of instructions (possibly more that have yet to be discovered). Over time, we will provide an analysis of these instructions and the far-reaching implications therein:

Command your own self.
Do four unreasonable things each day.
Program your mind.
Program reality.
Question all things.
Discover truth inside yourself.
Follow your truth.
Impose nothing on others.

17. Cicada 3301 has left clues to its mysteries in the following locations:

18. Classic texts referenced in the string of Cicada 3301 clues include:

19. Despite the massive publicity it received and the armies of hackers and cryptographers it sent seeking out its clues, Cicada 3301’s greatest achievement is that more than six years after its launch, only its creator(s) seem to have an idea what any of it means. 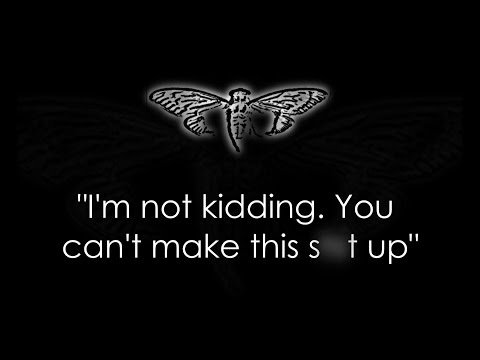