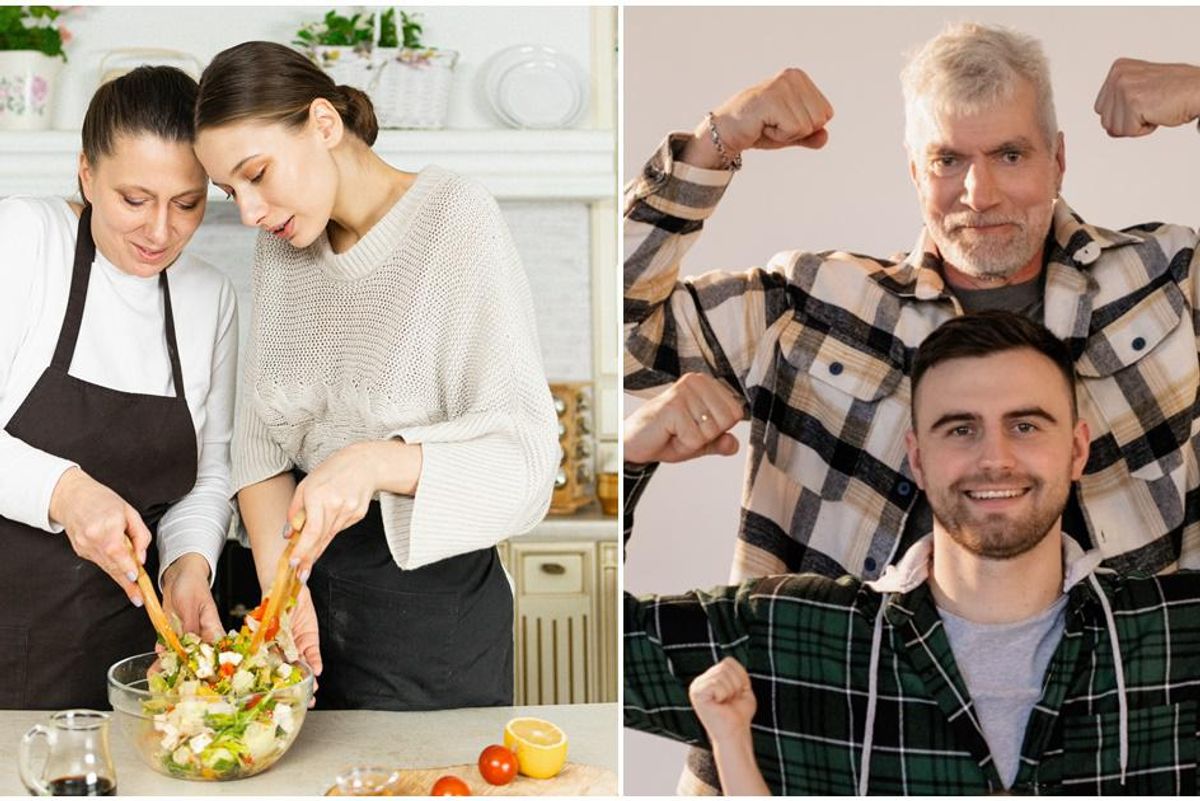 If you’ve seen any of the Progressive Insurance commercials featuring Dr. Rick and laughed, then you’re probably in danger of becoming like your parents at some time in the near future.

In the ads, Dr. Rick explains to a millennial woman that if there are so many throw pillows on your couch that you’re not sure where to sit, then you’ve become your mom. In another clip, he reminds a millennial man who’s coaching a plumber beneath his sink that “You hired him.”

Progressive has labeled the process of becoming your parents as “parentamorphosis.”

We are all on a collision course for the inevitable parentamorphosis but when does it happen for most? According to the Daily Mail, a 2019 study commissioned by Dr. Julian De Silva, a plastic surgeon in London, has found that most women start becoming their mothers at around the age of 33 and men begin the process of turning into their fathers a year later, at 34.

“We all turn into our parents at some point in our lives—and that is something to be celebrated,” said De Silva. “Becoming parents is the main trigger and lifestyle factors are also important.”

Early signs that women are becoming their mothers include watching the same television shows, using the same sayings and picking up similar hobbies. If you’ve ever told a child, “If you’re bored then you’re boring,” then you may have already become your mother.

For men, the signs include adopting their father’s political opinions, shutting off lights in rooms that aren’t being used and listening to an oldies radio station instead of today’s hits.

If you’ve ever considered giving yourself three hours to get to the airport, you’ve probably already become your dad.

But is becoming your parents such a bad thing? There’s something comforting about setting aside the need to appear cool or keeping up with the latest trends. There’s something nice about choosing clothing based on comfort level and having life dialed in to the point where you’ve got most things down to a system.

There’s a great line in the Bob Dylan song “It’s Alright, Ma (I’m Only Bleeding)” where he sings, “he not busy being born, is busy dying.”

When we become our parents are we continuing to grow and expand our horizons? Or have we decided to become closed-minded and rigid? I guess that depends on who your parents are. But far too often when people settle down and have kids they end up becoming set in their ways as the world around them continues to change.

Shane Snow wrote in the Harvard Business Review that researchers have identified a simple idea that helps people remain open-minded as they age: “intellectual humility.”

Researchers believe that by practicing this concept, people retain the willingness to change plus the wisdom to know when they shouldn’t. They also found that people who display “openness to new experiences” are also more likely to keep up with a changing world.

It seems the key to successfully completing the parentamorphosis process is to embrace the wonderful aspects of getting older like having a few more dollars in the bank, a well-stocked pantry and the wherewithal to get an oil change before it’s too late while also realizing that it’s important to—as Bob Dylan says—keep “busy being born.”