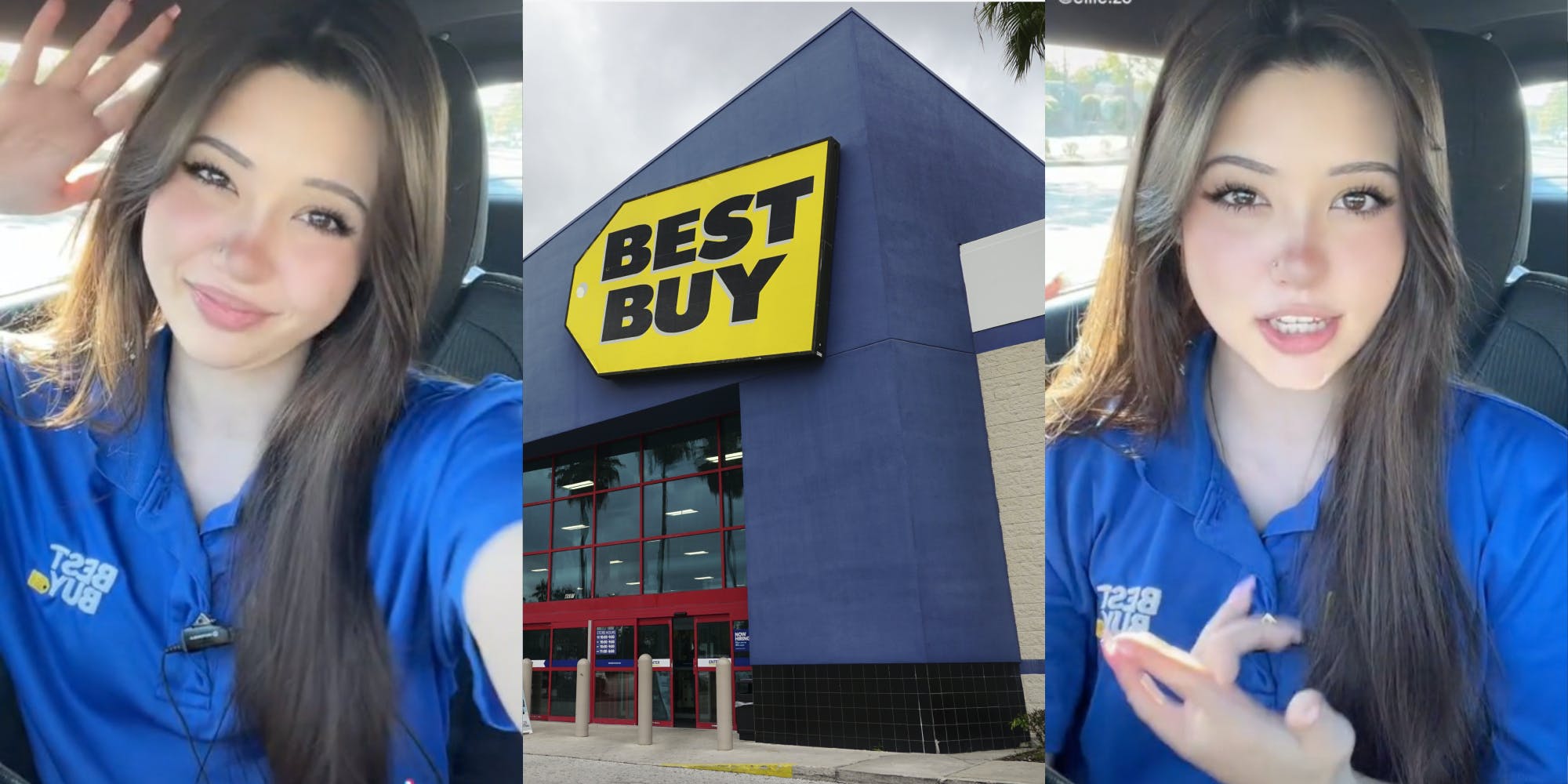 A Best Buy employee’s video calling out patrons who wait at the door before the store she works at has opened for the day has been viewed more than 169,000 times.

Posted by user Ellis (@ellie.zo), she suggests in the video that these customers could wait in their cars or otherwise occupy themselves.

“Can someone please tell me if this is just a Best Buy thing or does this happen to other stores?” she says in the clip. “People will literally stand outside the door 20 minutes before we’re supposed to open. Are you not embarrassed standing right outside the door, waiting for someone to open the door? Sit in your car, breathe a little bit, take a fuckin’ break. I promise there’s nothing in there that you need that badly that you need to be the first one in the store at open. We’re still going to have it if you sit in your car and wait, I promise you.”

“I put my two weeks in,” she finishes.

Some viewers attempted to explain why they would wait outside of a store before it opened.

“Nope went to Chicago and walked to a comic books store before they opened, wanted to be in ASAP so I could go catch my flight,” one commenter wrote.

“I know people that make thousands off of reselling items and they try and get there early because with the shortages they have to…so it makes sense,” another commenter wrote.

“Depends, graphics card were on crazy demand and hard to get so yea I get it sometimes but not for something you’ll find everyday,” a commenter wrote.

Others agreed with the creator, and shared their experiences with such customers at other retail and service industry institutions.

“We’ve had customers try to pry the doors open hours before it opens.. I work at Ross,” one commenter wrote.

“Yeah it’s a normal thing lmao and me and my coworkers would joke about it too but yeah girl leave lol best thing I did,” another commenter wrote.

“When I worked at a clinic people would line up 30 mins before we open expecting to get in…the MD ain’t even there yet,” a commenter wrote.

The Daily Dot has reached out to @ellie.zo via Instagram direct message and to Best Buy via email.