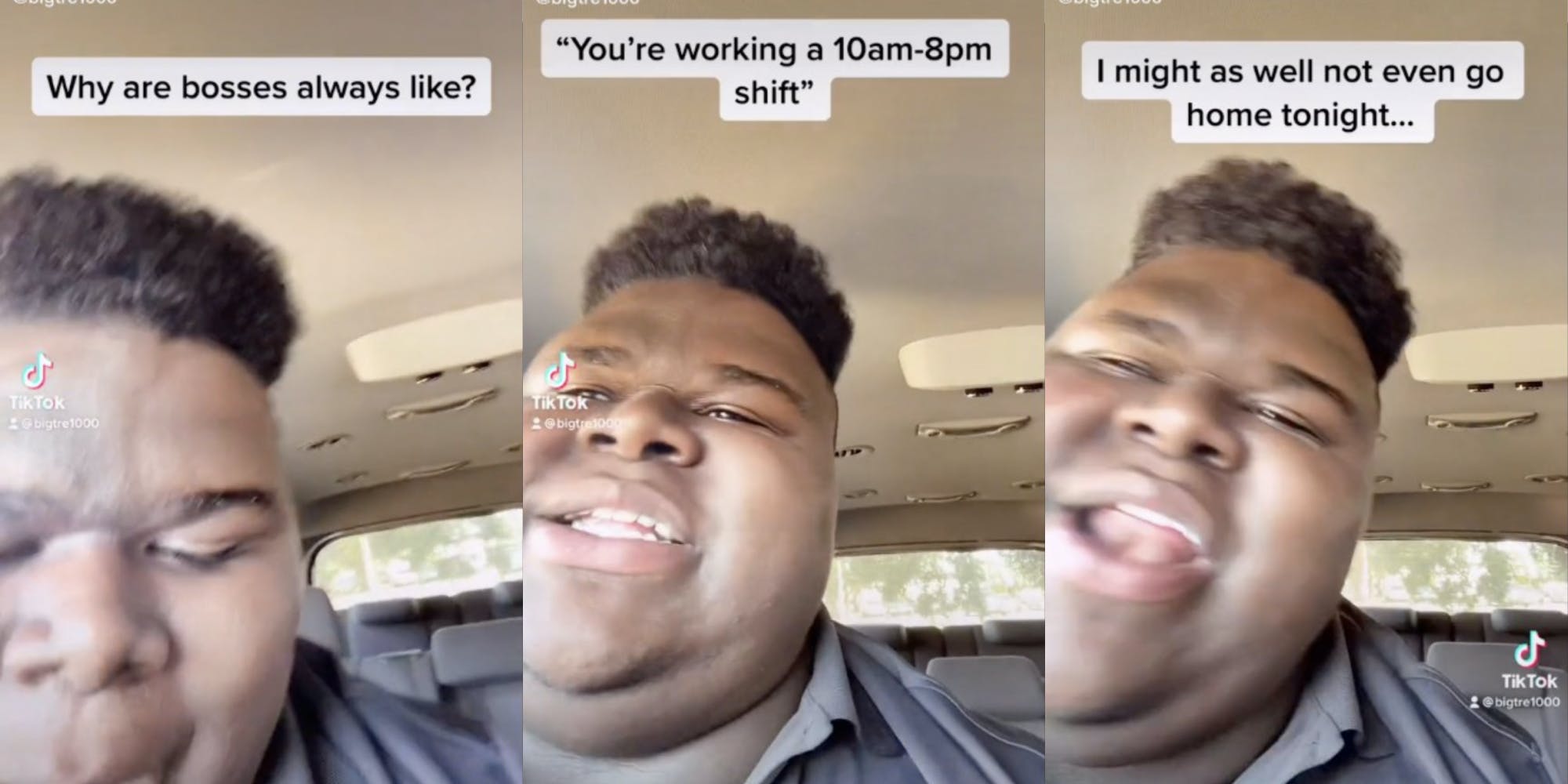 A worker went viral on TikTok after ranting about how working 10am to 8pm shifts are the worst when working in retail.

User Tre Porter (@bigtre1000) mainly posts comedy content on his TikTok account. This time, Porter took to the platform to go on a tirade about working 10am to 8pm shifts. Porter films himself in his car as he begins ranting, “why are bosses like this?” Porter asks his followers.

Porter even expressed his disbelief in the caption, writing, “I was flabbergasted.”

The video amassed over 639,000 views since it was posted on Sept. 30, with a debate sparking in the comments about certain work schedules being the worst.

“Nahhh it’s the 3-11 & opening the next morning for me,” one viewer commented.

Other people criticized Porter for complaining about his work schedule.

“You get to sleep in and don’t have to close. it’s not that bad,” one person stated.

“People really complain about hourly schedules at least you know where you’re going to leave,” a second added.

“I work shifts like that on a regular basis. That’s life unfortunately. Still barely make enough to pay bills,” another echoed.

There were a few people who jumped to Porter’s defense, chastising others in the comments about one-upping each other with their work schedules.

“Not y’all in the comments competing for the struggle olympics you don’t have to try and see who works longer to feel better,” one condemned.

Typically, the average worker is expected to work five days a week, eight-hour shifts, and puts in a minimum of 35 hours a week, according to TimeCamp. The same blog reported that the average work day and week has increased by 1.4 hours since February 2020, changing the 7.5 hours a day to 8.9, totaling a 44-hour work week. In addition, the most popular work schedule is four days, 10-hour shifts.