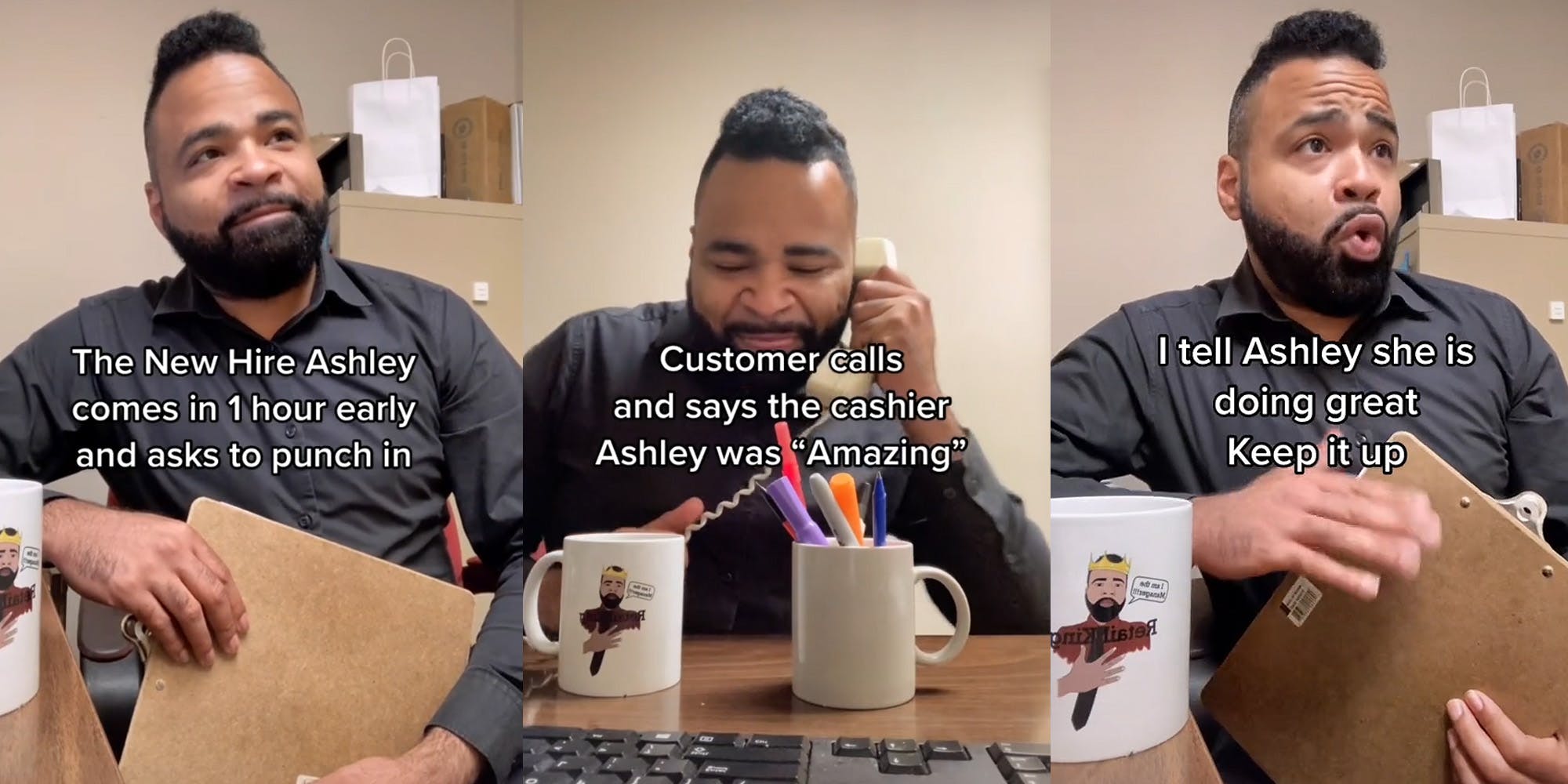 A retail manager praising the hypothetical “perfect” new hire on TikTok has sparked debate on the app, with their viral video amassing 1.7 million views.

The TikTok depicted various examples of the new hire, “Ashley,” impressing the manager in how they approach their job, with examples including coming in an hour early and asking to punch in; asking every single customer to sign up to the store credit card; getting customer compliments and taking exactly 15 minutes on her 15-minute break. (“I’ve never seen this,” he adds.) In the background, the lyrics “you’re my superstar” can be heard as the manager tells “Ashley” that she’s “doing great.”

However, despite the video’s upbeat tone, a lot of commenters claimed that this didn’t reflect the reality of being a retail worker. “And then that employee never gets a proper raise,” one commenter wrote. “This is me when I start every job,” another added. “Then something pisses me off and I totally change forever.”

A third comment read, “This used to be me but I was just taken advantage of so now I act my wage,” while a fourth joked, “Four years later, Ashley hasn’t got a raise and she hates it there.”

In response to the divisive comments, the user, who posts under the handle @retailkingb joked, “I can’t have a happy video, huh?”

In an email statement to the Daily Dot, the user, who identified himself as Retail King, said, “My TikToks are loosely based on my past and current experience as a retail manager. My videos show the ups, downs and roller coaster of a ride of retail and management.”