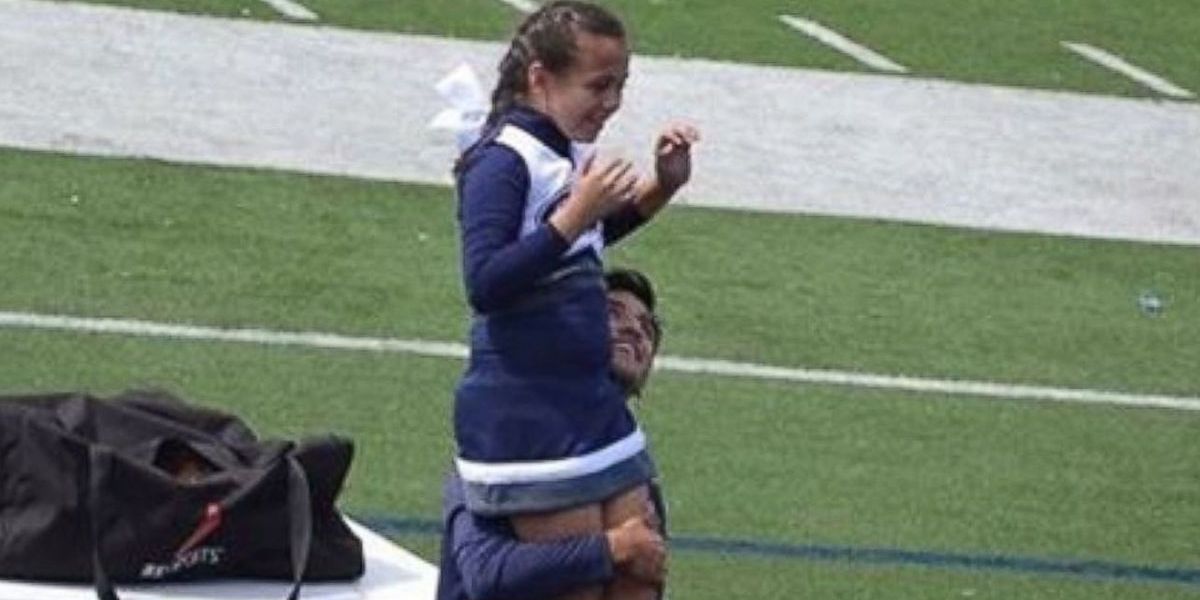 This article originally appeared on 08.21.18

Addie Rodriguez was supposed to take the field with her dad during a high school football game, where he, along with other dads, would lift her onto his shoulders for a routine. But Addie’s dad was halfway across the country, unable to make the event.

Her father is Abel Rodriguez, a veteran airman who, after tours in Iraq and Afghanistan, was training at Travis Air Force Base in California, 1,700 miles from his family in San Antonio at the time.

“Mom missed the memo it was parent day, and the reason her mom missed the memo was her dad left Wednesday,” said Alexis Perry-Rodriguez, Addie’s mom. She continued, “It was really heartbreaking to see your daughter standing out there being the only one without their father, knowing why he’s away. It’s not just an absentee parent. He’s serving our country.”

But as Addie sat there in front of the game’s crowd, with no one to join her on the field, someone ran toward her. That person was Central Catholic High School senior Matthew Garcia, who went to her after realizing she was the only cheerleader without a partner.

Garcia told local news station FOX 29, “I ran down from the bleachers right here, and I just hopped the fence, and I went over, and I kneeled down, I talked to her and I said, ‘Are you OK?'”

He then lifted Addie onto his shoulders just like the dads did with their daughters so she could participate in the routine. Many onlookers quickly realized they were witnessing an extraordinary act of kindness, and social media was abuzz:

@Harvard hopeful @matt_garcia_ exhibits the true measure of a man! Read about him on ABC News & GMA today/tomorrow!http://news4sanantonio.com/news/local/student-rescues-cheerleader-whose-military-dad-couldnt-attend-performance\u00a0\u2026

It may have been a small gesture for Garcia, but as Addie tells it, that little bit of assistance meant the world to her. They posed for a picture after the routine was done, and it’s clear this will be one encounter she won’t soon forget. 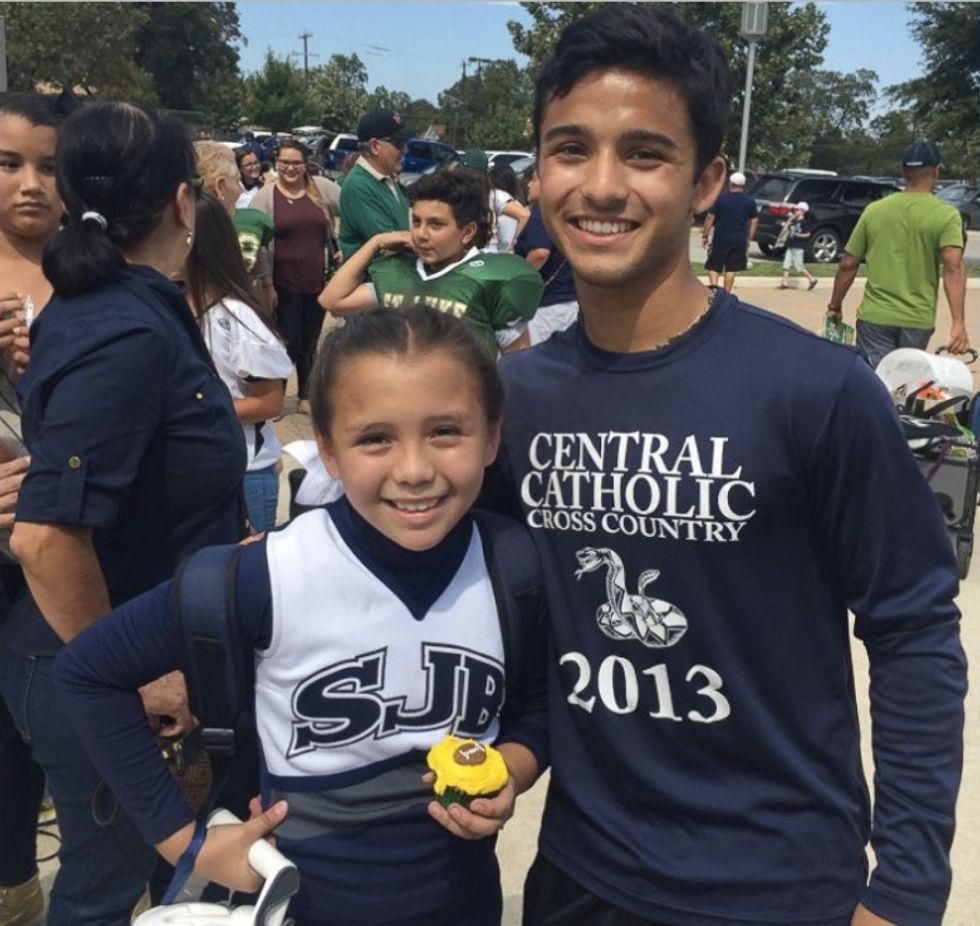 “I just felt like somebody saved my life,” Addie said, adding, “I thought that’s so nice, especially since my dad’s serving for us.”